Since 1984, DJ Cash Money has been pioneering, designing and defining the art of turntablism. He is a cultural icon in the DJ world and one of the most prolific DJs in hip-hop history. Known in the industry as a DJ, turntablist and producer, he is best known for his pioneering scratch techniques, lightning speed and fierce musicality on the turntables. Artistic creations such as the “transformer scratch” and the DJ Cash Money Turntable Style Position are just a few of his inventions. Many techniques and styles created by DJ Cash Money have single-handedly revolutionized the technology for djs and the manufacturing of the turntables. He is the first DJ inducted into Technics DJ Hall of Fame.

Although Philadelphia’s indelible stamp on hip-hops’ historical legacies tend to be downplayed to New York’s contributions, DJ Cash Money’s accomplishments are undisputed as the champion on the turntables as the only DJ to win all three DJ championships for the New Music Seminar and the DMC DJ Championships. 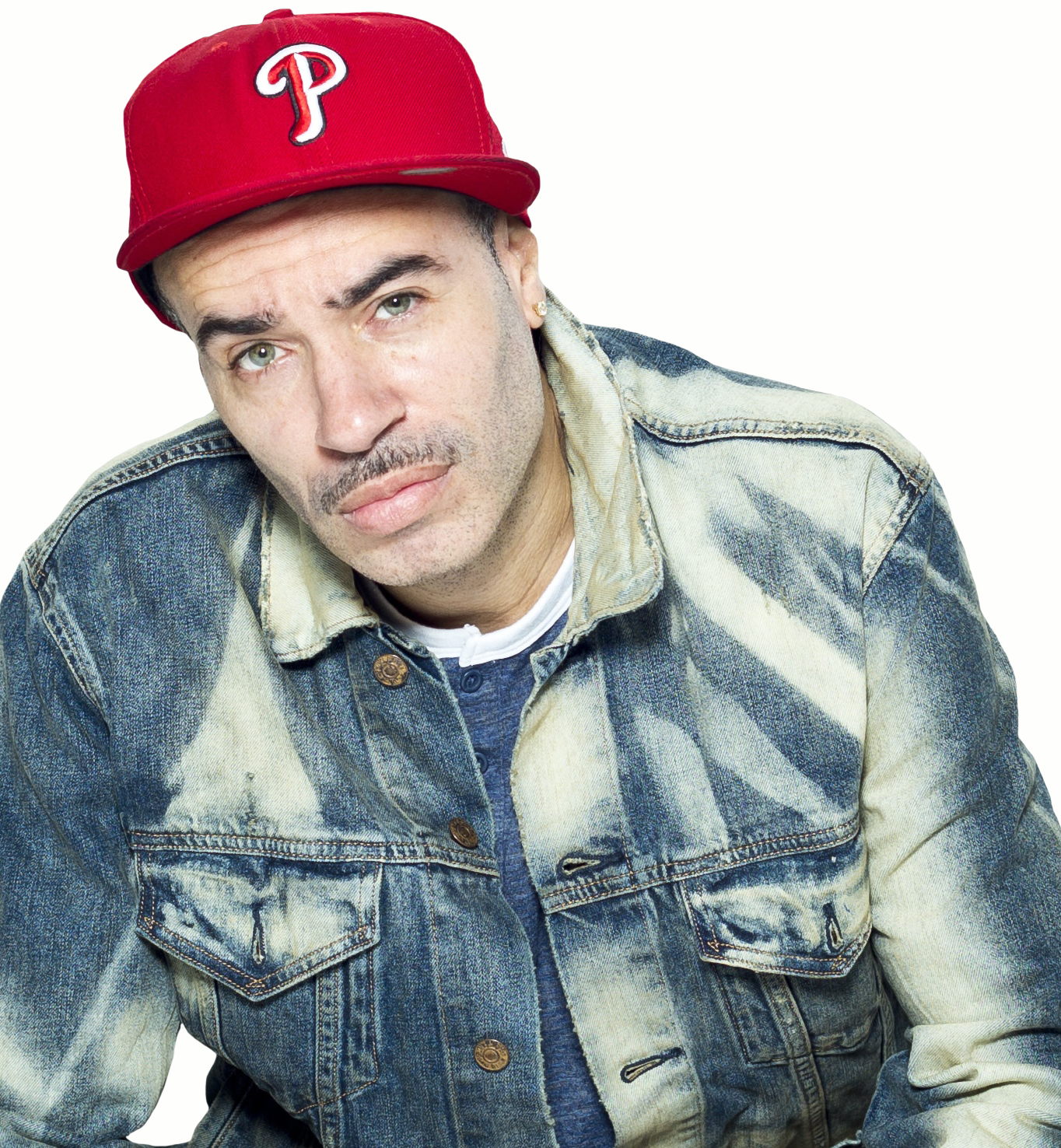 DJ Cash Money’s music journey began in the streets of Philadelphia as a dancer traveling from block party to block party in search of the spotlight. Even though he was there to dance, he was intrigued by the turntables. Known as Jerome Hewlett in the beginning, he took the name Cash Money from his nickname on the basketball court. He was known to have the “money” shot and named himself “DJ Cash Money”. He continued to build his skill as a break-dancer by joining the dance group “Sonic Wave” and at the same time he was building his skill on the turntables by making mix tapes for the group’s choreography. He became a major player on the mix tape and DJ scene in his high school and in his Southwest Philadelphia neighborhood. He continued to dance, perform and excel on the turntables, but it was not until he heard a cassette tape of DJ Grandmaster Flash from New York City that changed his life forever. The sounds of the manipulations of the turntables to make music is what made him decide that this would be his career. He would be the musician and the turntables would become his instrument. During his quest for knowledge of the turntables, he found Grand Wizard Rasheen who taught him the craft of turntablism.

In 1983, DJ Cash Money met Marvin Berryman later known as MC Marvelous, along with MC Kool Breeze Steve and formed a new group. The trio began performing with other groups on the local Tri-state circuit venues. One of the groups would be Philadelphia’s hip-hop legends DJ Jazzy Jeff and The Fresh Prince aka Will Smith. Eventually MC Kool Breeze Steve left the group because of creative differences. These groups performed together regularly before both groups’ commercial successes in the record industry. In 1987 DJ Cash Money and MC Marvelous signed with Mantronix and Sleeping Bag Records and released their first album “Where’s The Party At?” that included the top selling single “Find an Ugly Woman“ and the underground hits “Ugly People Be Quiet” and the “The Mighty Hard-Rocker.” That same year, DJ Cash Money went on to make music history as the only DJ to win all three major DJ championships. Astonishingly, he won all three in one year’s time: The New Music Seminar DJ Battle (NYC), DMC American DJ Championships (San Diego, CA) 1988 and represented the United States in DMC World DJ Championships (London) 1988.

Inventor, innovator and stylist are titles that resonate when referring to DJ Cash Money’s DJ legacy. The “DJ Cash Money Turntable Style Position” and the now-famous Philadelphia phenomenon of the “transformer scratch” are two of his most famous contributions. His imagination has created some of the most famous scratching and mixing techniques in the hip-hop genre including ”twins of spin”, “doubling”, “remixing live on beat with vinyl” and his overall style of DJ techniques. 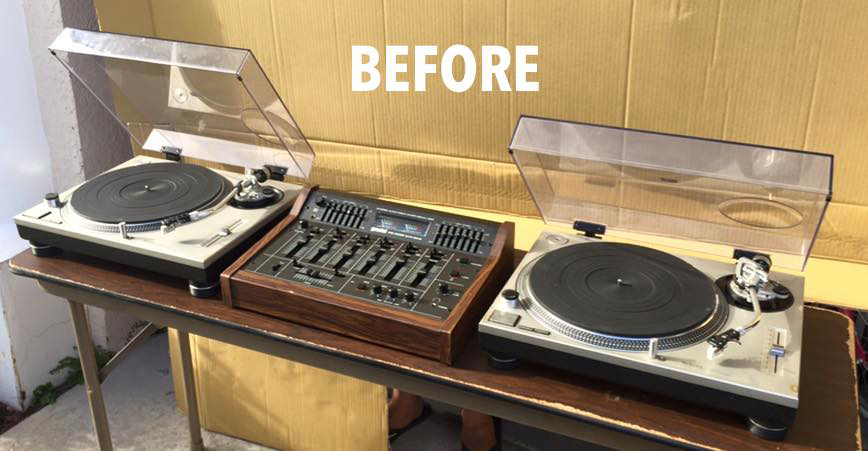 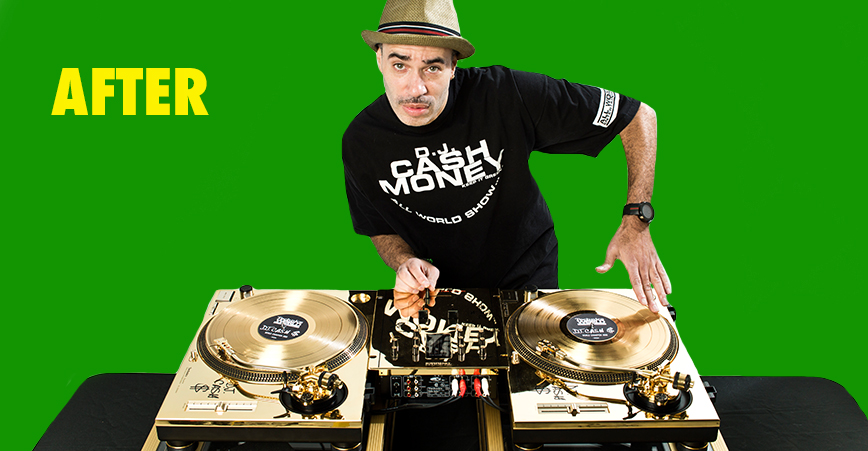 In the mid 1980s, DJ Cash Money watched a videotape of a legendary Philadelphia dj named DJ Spinbad perform the original technique template of taking a record and cutting a sound as he back spins the record. DJ Cash Money extended the sound of the record and added a funky, rhythmic style and took it to new artistic levels. One of the mcs in his group, MC Kool Breeze Steve, named it the “transformer scratch” because it sounded like the popular animated Transformer Cartoon about alien robots. At the same time, DJ Cash Money and DJ Jazzy Jeff were spinning routines together and perfecting the scratch, therefore sharing the credit along with DJ Spinbad as its inventors. According to DJ Cash Money, there are no bragging rights on who was first, and he gladly shares the milestone with his “brothers in cut.” In his own words: “Spinbad created the template, DJ Cash Money gave it the name, style, funk and perfected it, and DJ Jazzy Jeff was the first to put it on wax.”

The exhibition routine of two or more DJ’s that is referred to as the “carousel” by many djs was a routine first created by DJ Cash Money and DJ Grand Wizard Rasheen in the early 1980s. The routine consists of DJ’s simultaneously spinning on turntables in musical phrases alternating in a circular motion during the same record. DJ Cash Money and DJ Jazzy Jeff were the first to perform this routine together during an on-stage hip-hop performance in Philadelphia.

In the early 90s DJ Cash Money began producing tracks and remixes for several top hip-hop and pop artists such as P.M Dawn, The Roots, Busta Rhymes and Q-Tip. During that time he went on tour with P.M. Dawn and produced the gold-selling single “Ways of the Wind” on Island Records and produced several compilations and remixes such as “Head Bangin Funk 45’s”, “Kickin’ Flava”, “Old School Need Ta Learn‘O” and “WKIS Mixtape Series”. In 1998, DJ Cash Money produced a radio show called “The DJ Cash Money All-World Show” on Philadelphia’s 103.9 FM. His unmistakable scratches have been sampled on countless records and soundtracks including the famous Public Enemy song on “Fight the Power”. The intro is actually DJ Cash Money scratching the “Pump Me Up Scratch” which is a sample from the record “Scratchin to the Funk” by DJ Cash Money/Dr. Funkenstein. Ironically, each time Russell Simmon’s Def Comedy Jam opening credits are played the world is hearing DJ Cash Money’s scratches. The 90s served as another milestone for DJ Cash Money as he was the first inductee into Technics DJ Hall of Fame in 1998.  In 2004 he performed at the 2004 Summer Olympics in Greece and in 2007 he received a sneaker deal with Puma that produced the “DJ Cash Money YO-MTV Raps Limited Edition Puma Sneaker”. 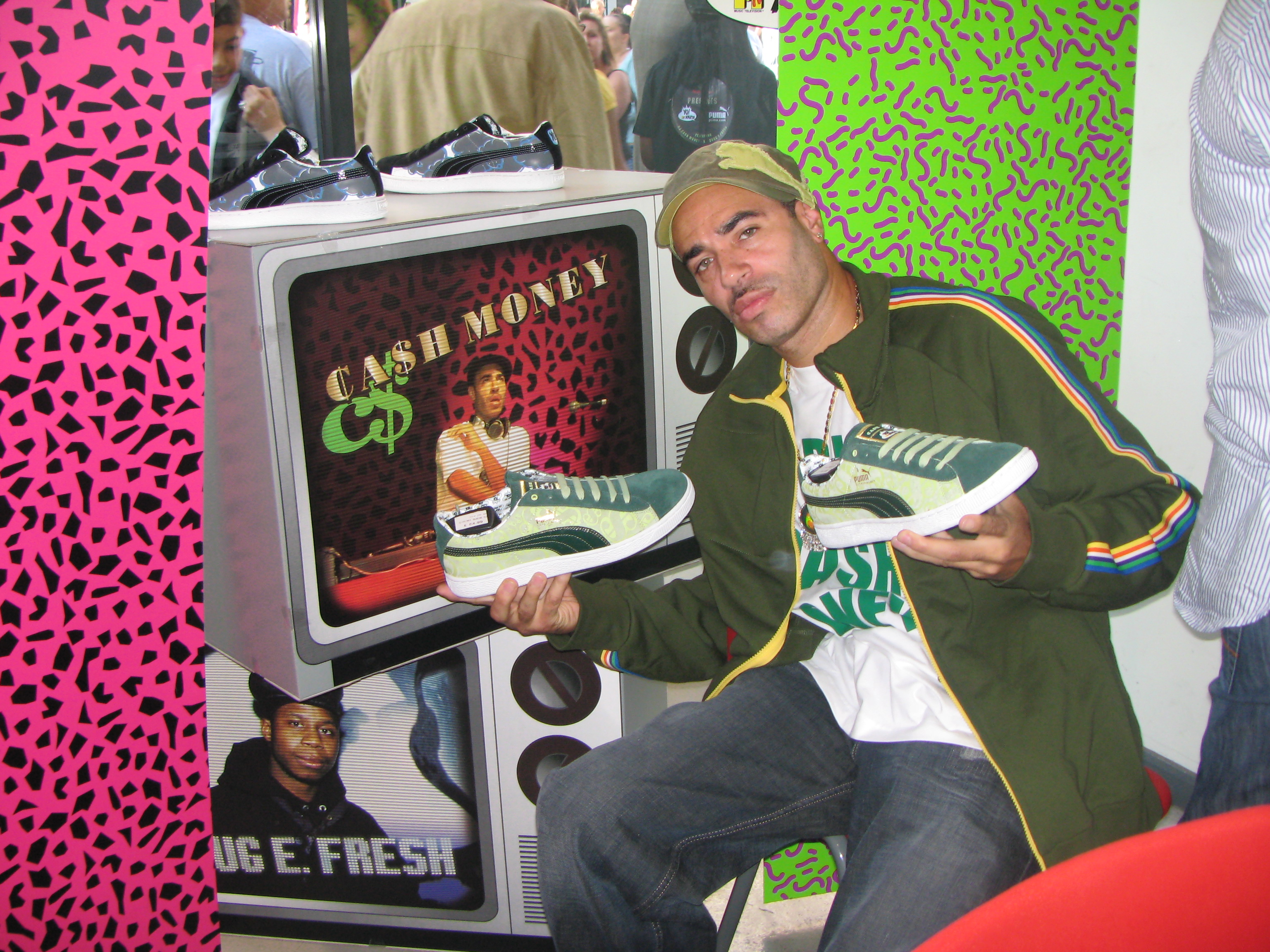 DJ Cash Money continues to tour throughout Europe, Asia, the Middle East, Canada, South America and the United States dazzling audiences with his one-man show. He stays relevant by keeping his ear to the streets and studying current trends in music. The pioneer and family man says he spins everything from hip-hop, soul and house to EDM, reggae and rock music but stays loyal to his foundation as a pioneering hip-hop DJ who believes in preserving the artistry, skill and history of the turntable.

DJ Cash Money performs without limitations and believes to always do your best because “you never know who you will inspire.”

Collapse player
Back to top